What Will Be Your Legacy Month

Home / Brain Health / What Will Be Your Legacy Month
0

Never forget where you came from. That is true at the individual level as well as for a medical practice. And it’s true for those who are seeking information on a medical practice that may be new to them. There is tremendous value in examining the foundation on which a practice was built. 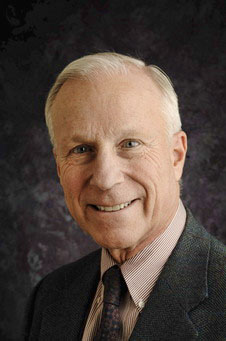 Maryland Brain, Spine and Pain traces its origins back to one-man, Thomas B.  Ducker, M.D.

Dr. Ducker spent 10-years as Chairman of Neurosurgery at the University of Maryland in Baltimore. After moving to Annapolis, Maryland in the early 80s, “Duck” worked both in Annapolis and Baltimore for another decade and began his reign as Professor of Neurosurgery at Johns Hopkins Medical Center. By the late 90s, his reputation “preceding him” and his successful Annapolis-based private practice in full swing, Dr. Ducker began attracting younger neurosurgeons to his medical practice.

As technology improved, complex surgeries once thought only possible at academic institutions, became routine for private medical practices. Following Dr. Ducker’s philosophy of “marrying the latest technology with a personal touch often lacking at a large institution,” Maryland Brain and Spine was born. I, along with Dr. Timothy G. Burke M.D. and Dr. Gary A. Dix M.D., were brought in by Dr. Ducker. We worked side-by-side with him, adopting his patients-first philosophies and his very conservative approach to surgery. A group of Board Certified doctors (American Board of Neurological Surgery), we learned to approach each patient with the question, “What would you do if this were your family member?” This was Dr. Ducker’s mantra and it remains our approached. It is infused into the culture of our practice.

We worked and trained with Dr. Ducker for nearly two-decades until his retirement in 2013.

Because, more often than not, surgery is not the first step for a patient, in 2015 we expanded the practice, bringing in talented, non-surgical spine specialists with a similar approach to patient care. Proudly, we are now Maryland Brain Spine and Pain. Our non-surgical specialists are led by Dr. Tushar Sharma, M.D., Double Board Certified in Pain Medicine and Anesthesiology, American Board of Anesthesiology.

The powerful combination of the latest technological advances and procedures in the hands of conservative, caring physicians, is exactly what Dr. Ducker envisioned. Maryland Brain, Spine and Pain is proud to continue to expand the legacy of our founder, Dr. Thomas B. Ducker.

August is Neurosurgery Awareness MonthPain management and the opioid crisis

How To Choose the Best Neurosurgeon for You

Why MBSP Is Different From Other Back And Pain Specialists

Sciatica – What is it and how do we treat it?